Welcome to Homemaker Oxford, research in motion by Transition by Design. We're interested in how empty and underused spaces could be used to help tackle extreme housing need in Oxford. This map is a perpetual pin-board of our research including what we've done, what we've learned, and what we think.

Move around on the map to find areas or topics that interest you and click through to find out more.

Why so many spare rooms?

The average house in Oxford has 2.7 spare bedrooms. That’s furnished, heated rooms where someone could sleep, tonight. Whilst schemes like Sanctuary Hosting, where a benevolent household takes in someone in housing need to live with them are well used, most spare rooms remain empty and many people in Oxford remain in need of a home.

There are very good reasons for this. Our ‘need’ for housing changes, almost constantly. Who needs housing, what type of housing they need, for how long, and how housing need intersects with other needs changes as governments, social attitudes, and the economy does. But this change is entirely uncoupled from our housing stock. Built twenty, fifty or even a hundred years ago, much of our housing is built to a set of societal norms and an understanding of housing need which is increasingly out of date. As a result, we are shoehorning 21st Century problems into 20th (sometimes even 19th) Century solutions. 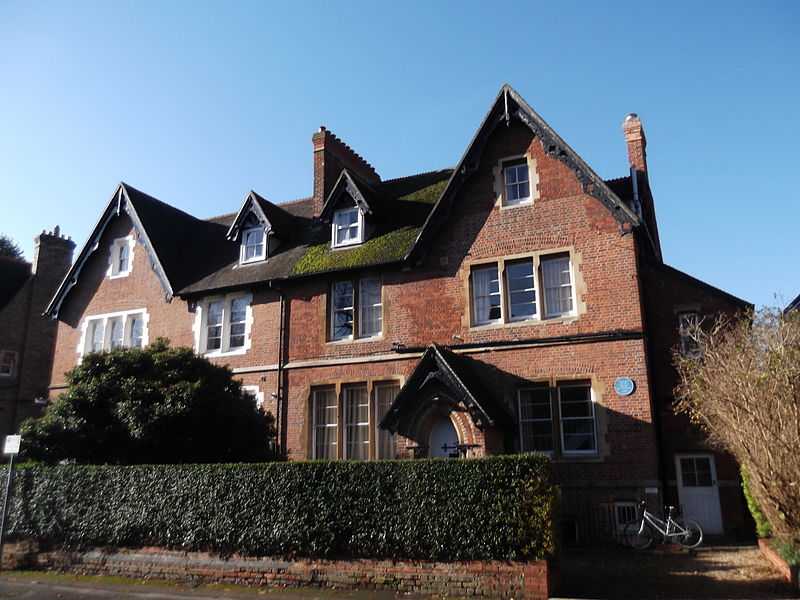 Much of our housing is built with a nuclear family in mind. Two up, two down, a family bathroom, and a single kitchen and dining room. The design assumes a household wants to spend as much time as possible together, that one meal will be cooked and eaten each night, and that bedrooms are for night-time use only.

But only some of these family homes are lived in by families, and for many households this means living with work-arounds. A household of adults sharing must put up with limited kitchen storage, socialising in small bedrooms, and a queue for the shower in the morning. A house divided into two flats leaves one small family without access to the garden and limited storage space, and denies another family of light and views.

But more pressingly, the out-of-date design of our homes is leading to a chronic problem of under-occupation. If a homeowner finds themselves with a spare room and a desire to help someone in need of a home, the decision isn’t simply whether or not to give them a room, but rather if they are prepared to have a stranger live with them. For both the home-owner and the new tenant, this is rarely a simple decision.

Whilst there are undoubtedly many people who would happily and whole-heartedly open their homes and lives to someone outside of their immediate family, for many more this is too big a step. Our homes are intimate spaces and the feeling that our privacy or comfort might be compromised is a significant and understandable barrier for many. But the fact remains, there are many spare bedrooms in our city which are without a doubt, the quickest, cheapest, and most environmentally-friendly way of tackling housing need.

In addition to the room, living in a home rather than a hostel or supported accommodation block has other benefits, living with other people is good for us. It establishes networks, leads to word-of-mouth jobs, creates new community connections and opportunities for finding hobbies, and socialising.

Homes are in residential neighbourhoods which in most parts are designed for ‘living’. Neighbourhoods have local shops, green spaces, schools, places of worship, and most importantly, neighbours. Unlike some of Oxford’s supported accommodation, they’re not in city-centre locations or in clusters which can become a magnet for crime.

So, living with the houses we have, what could be done to address rather than ignore these barriers and help more people feel comfortable enough to open up their spare room to someone who really needs it?

‘Cohousing’ is a word used to describe the spatial formation of a group of people choosing to consciously live together in a neighbourhood. It’s a word often heard alongside ‘cooperative housing’ and ‘community-land trusts’ and is a tool in the box of the community-led housing movement. At its core, Cohousing seeks to explore what a group of people need to live well, together. This includes interrogating what private space is needed and what spaces or facilities can be shared.

A typical cohousing scheme might have 30 private dwellings, 3 larger buildings where people live communally, shared utilities and green spaces, and a common house. As well as allowing people to build smaller, and often more environmentally friendly homes due to access to shared spaces, this form of living often creates more connected and convivial neighbourhoods. Cohousing is an important part of the movement that is helping to rethink how we design homes to accommodate 21st Century families.

Many Cohousing groups are actively grappling with questions like how neighbourhoods can support families to up or down size without having to move out of the area, and what additional spaces are needed in a neighbourhood to ease pressure on individual homes?

Room to Stay is a network of homes with spare rooms in a defined neighbourhood, made available to single people experiencing homelessness. Lodgers and hosts are helped to form a cohousing group and supported by a ‘community-wrap around’ made up of traditional homelessness service providers, community-based organisations, and local volunteers. The homes are linked to a collectively designed and managed common house, shared utilities, and co-managed green space.

The rooms are connected to a framework of incentivisation based on home improvements. The architecturally designed process makes short to medium interventions to homes in order to alleviate pressures which can arise from two or more households sharing one home. Such changes could include creating additional entrances, expanding or dividing living spaces, increasing the capacity of utilities and other functional aspects of a home, putting in a small secondary kitchen, or redesigning additional bedrooms.

As well as enabling comfortable living as an immediate benefit, the home improvements will build a body of action research for adapting Oxford’s housing stock to better meet housing need in the city. Adaptations have universal application. For example, changes that make it easier for a household to take in someone from the housing register might also benefit adult offspring wishing to move back home, or create accessible ground-floor living for later life.

As fundamental to spatial design is the design of the social systems that support these tenancies. The bedrooms and homes in which people stay are anchored in existing communities and so too is the support network. Room to Stay leverages the informal peer networks which many people rely on – for support, advice, friendship, care, or job and professional opportunities. Room to Stay operates on the fundamental premise that humans were built to care for each other, and that under the right circumstances, we will each act to help our neighbour.

The complimentary support system has two strands, the physical and the social. The social element operates as a community-wrap around, connecting guests and hosts with each other and with existing people and organisations around them that are already locally rooted in the community. It operates on the basis that having a home is a good start but that a home alone cannot give you everything you need to be sustainable.

The physical element manifests itself as a common house, drawing on examples from cohousing schemes and providing a place away from the home for guests and hosts to use as their own. Living in the same house as other people is great and can also come with it’s own quirks, requiring you to make compromises in the common areas mostly around activity and noise. The common house is somewhere you can go to take a break from your shared household, somewhere to make a mess while you cook, spend time with friends and family or read a book in solitude or snooze peacefully in the garden.